TO:
The Committee on the Elimination of Discrimination against Women
UN Women
405 East 42nd Street New York
NY 10017
United States

The Danish Fathers Association is one of the oldest father organization in the world and has today an equal number of men and women as volunteers. We fully support gender equality for men and women, have great respect for women and men's human rights and equal opportunities for children and parents throughout the world. We are expert member of the Committee for Equal Treatment at the National Human Rights Institute and international expert council for shared parenting.

The Danish Fathers Association has followed the principal aspects of the current discussion about children and parents in Denmark by the committee on the Elimination of Discrimination against Women. We find it of importance to comments as follows:

1. The Nordic countries has a more modern family life with gender equality in the population than most Western countries, and academic research today shows this is best for the child
o http://www.chess.su.se/research/projects/elvis-projektet/in-english
o http://www.warshak.com/e-libe/wp-content/uploads/2016/08/CR68-e-Stemming-the-Tide.pdf

2. The general population in Denmark has in several studies and national surveys identified discrimination of children and fathers as being the most critical issue in Denmark today!

o Please find the UN report by the Danish Fathers Association on the main - children and father - issues http://www.mypresswire.com/log/pm_files/file_31527.pdf
o We fully support gender equality and the protection of children, women and men

3. The European Council has signed a resolution on October 2nd 2015 giving fathers an equal right for raising their children, although this is not implemented in many European countries yet by law!
o http://assembly.coe.int/nw/xml/News/News-View-EN.asp?newsid=5814⟨=2&cat

Our main principal concern in family matters is currently the cultural difference for the children between the Nordic countries and other countries. We do in research and daily life experiences find that Nordic gender equality in the families is of great importance for the children, families and society - and that it actually works positively for the population in general.

Our second major concern is that well known smaller groups of activist causes damage to children, families and society in general, having a demand for mothers being the sole decision maker in all matters for children. This is obviously not best for the child in all situations - especially for children in the Nordic countries with gender equality in daily life - although we fully support the freedom of the families to make their own decisions on family life.

In the Danish Father Association, we every day work for the support and protection of all children, woman and men. We do not state who is right and wrong in individual cases, which is up to the courts to decide. We are however concerned about principal and cultural aspects of children's life and well-being including movements across borders with legal and cultural differences for children and the freedom of speech without harassment for fathers and father organizations in western world countries - as is the case with women and women organizations in many parts of the world.

This to your attention in respect of children, women and men. 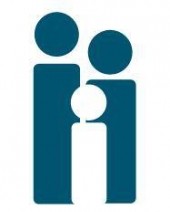