Joni Mitchell meets the Beatles in Anne Lykke Langloe's re-launch of the 12 songs she sang and composed between '78 and "˜80.

The singer and classical pianist Anne Lykke Langloe , has just released an original recording of 12 songs she wrote and composed in the late 1970s. During the same period, she recorded tracks a cappella with a bright, clear voice and piano.

In 2012 Anne Lykke recorded and released tracks in a studio version under the title "A Place Where We Can All Be Happy",which can be downloaded in digital stores. The original recording, sung and accompanied by the very young Anne Lykke herself begged to see the light of day.

"The songs wanted to be heard", says Anne Lykke Langloe for the reason for the re-launch: "The original songs have a very special sound. They are very direct, in the moment, pure and innocent - like a teenager".

Anne Lykke Langloe was inspired by the great contemporary pop acts like ABBA, Beatles, Kate Bush and Olivia Newton-John. At the same time the music is detailed and complex, inspired by classical music such as Bach and Mozart.

"The lyrics are naive and recognizable. I wrote about unfulfilled love, which is very important in a young girl's world. The music on the other hand compensates for the naivety - it is detailed and complex - almost mature, "says the artist.

The new album, entitled "When I was Young, I Always Dreamed About You", is available in all digital music stores such as Spotify, iTunes and DigiButik.dk.

If you want to know more about Anne Lykke Langloe, visit the homepage. Here you can also read more about the musical offerings Anne Lykke has focused on for children and families, such as children's concerts, musical playgroup and a possible children-music-cd. Piano lessons, as well as the healing angel tone song. And her spiritual approach to life.

You can buy her music online here:
http://www.digibutik.dk/DIGIDI-250.aspx?GroupID=GROUP998 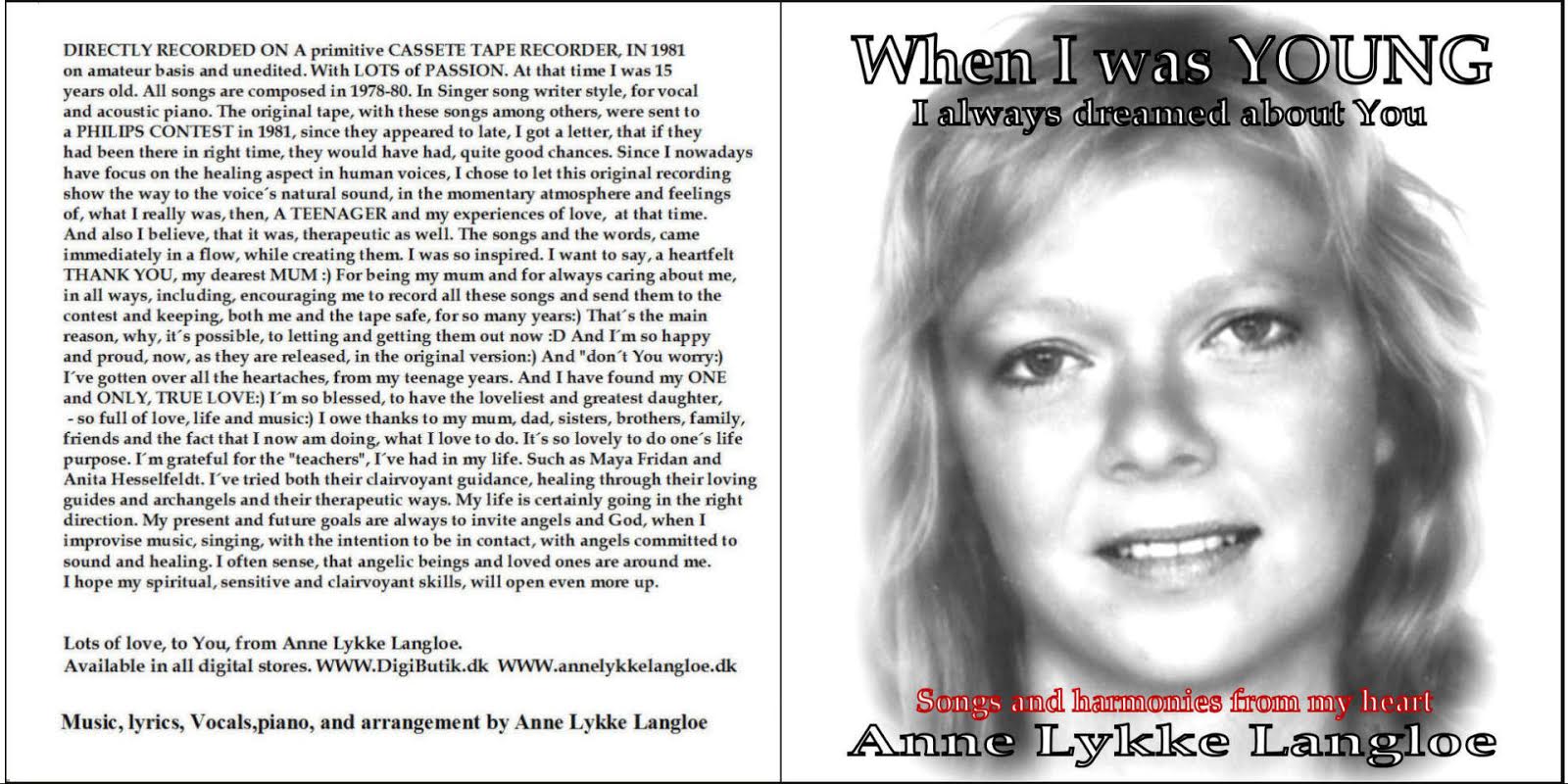