Author Martin Bødker Fritzen has just released his new book: From Drug Addict to Role Model - How I overcame 13 years of drug abuse and addiction.

From 1995 to 2009, Martin was heavily dependent on drugs. When the abuse was at its peak, he took a toxic mixture of 40-60 pills, marijuana, alcohol, amphetamines and cocaine every day. He was completely consumed by the drugs. He lied to and stole from his family. He stole from his employer and was fired on multiple occasions. He was arrested, lost everything and almost died several times.

Martin's aim was to reveal how a simple headache started his addiction and how he spent four tries at rehab and several years fighting to get his life back.

The book also includes a complete guide on the rehab treatment that worked for Martin. He also discuss how he coped with withdrawal symptoms, relapses, and how he stopped lying to and betraying the people around him.

The book has been released in the USA, Canada and United Kingdom, and can be purchased in bookstores or on Amazon with ISBN: 9788771700039 - press copies for reviews can be obtained from publisher at e-mail: presse@bod.dk

Martin visiting US
Martin is promoting his book in Washington: the 1st and 2nd of February and in New York: the 4th, 5th and 6th of February 2015. For interviews or any other info, contact Martin B. Fritzen on telephone +45 5258 1107 or email: martin@breaking-addiction.com

Why this book?
Martin has written this book because it was impossible to find relevant information that could motivate him when he was struggling with addiction. His message is simple, talk about taboos. He believes that when we give taboo topics (such as abuse and addiction) attention and talk about them, it becomes easier for the individual to identify with the difficult topics. This may pave the way to build hope and courage for those who want to changes their lives, or perhaps encourages you to support a neighbor, friend, or family member in need.

About the Author Martin Bodker Fritzen
Martin was born in 1976 and raised in Denmark. Martin broke the family cycle, when he, in 2010, completed his fourth try at drug rehabilitation. He has lived drug-free since. Alongside his drug abuse and dependence, Martin completed training as a sales assistant and has worked for companies such as Adobe.

Since 2010, Martin has written numerous articles and given countless motivational speeches about his experiences with addiction, withdrawal symptoms, suicidal thoughts and relapse. He has also spoken about methods that worked for him and those that did not. Many people have used his experiences to change their own lives. 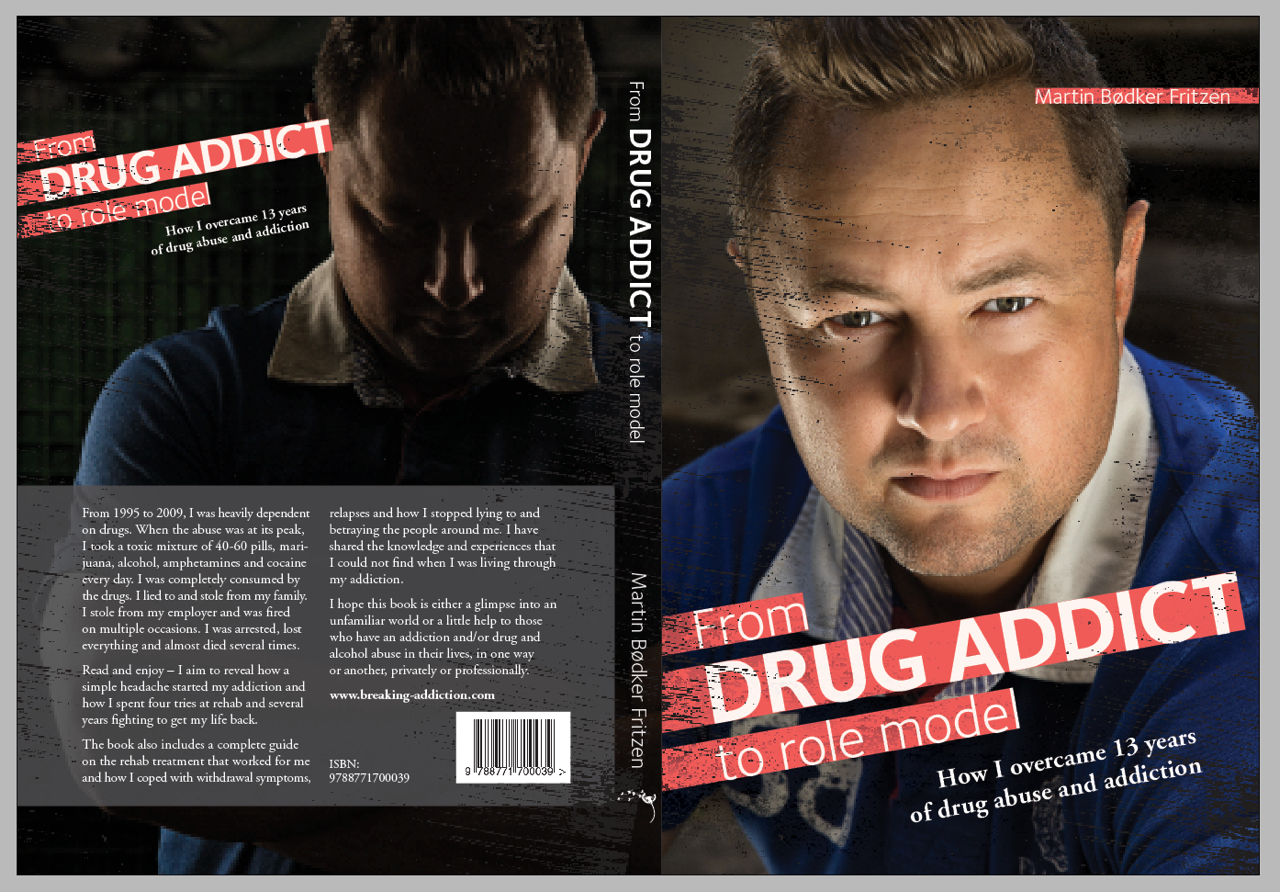 
Receive news from UK by mail