When contractor Preben Boisen from Ringsted in Denmark passed away in autumn 2014 he left a sizable car collection. Preben was collecting these exciting cars for around 30 years and he and his family also loved to drive them. He usually had license plates on 4-5 cars at a time.

The collection started in 1979 with a Borgward Isabella. It really took off in the 1980s and when the collection was at its peak it comprised over a hundred cars. Now there are 45 cars left, which still represents a diverse collection with a large range and many exceedingly rare cars.

A very rare Glas 1700 TS 4-door sedan from 1966 will be included in the auction. At that time the car was described as the dream from Dingolfing, Germany. Hans Glas first made Goggo scooters and later the small Goggomobils in the 1950s and 1960s. When he started to make bigger cars he gave them his own name GLAS. The small father and son company in Bayern produced one of Germany's most discerning individualist cars, the Glas 1700, which was later produced as a TS model with a 100hp engine. Glas cars presented a challenge to all the major auto manufacturers in Germany and in January 1967 BMW took over the company. Only 13,789 Glas 1700s were manufactured, and only around 1200 of these worldwide were the 1700 TS model. It is lot 130 in the catalogue.

Another unique car is the Lloyd LT600 pick-up from 1958. The Lloyd factory belonged to the Carl Borgward group in Bremen, Germany. In addition to the well-known small Lloyd passenger cars, from 1952-1961 the Lloyd factory produced approximately 25,000 Lloyd-buses and pick-up models. This Lloyd LT 600 pick-up is extremely rare, perhaps the only one in Denmark. It is lot 149 in the catalogue.

It is also worth mentioning the Auto Union (DKW Munga) jeep from 1959. A German DKW, but the correct name is actually Auto Union. The name Munga came from the German: "Mehrzweck-Universal-Geländefahrzeug mit Allradantrieb", which means "a universal vehicle with 4-wheel drive". They were mostly sold to the German military, but a few of them came to Denmark, where they are now very rare. This is lot 133 in the catalogue.

Borgward Isabella 1.5 litre, 2-door sedan from 1959, lot 136. The Borgward Isabella replaced the Hansa 1500 in 1954. The car had many fine details and in many areas it was ahead of its time, but it did not drive particularly well due to the construction with pendulum axles at the rear. The 4-cylinder engine was new and really quite distinctive. It had a 1493cc engine that gave 60hp at 4700 rpm. The Isabella could be supplied as a 2-door sedan, station wagon, coupe and convertible, and they were - and still are - elegant cars, which are very popular today.

NSU Ro 80 4-door sedan, 1972, with a Wankel engine (rotary engine), lot 152. A really fantastic car that the NSU factory in Germany put on the market in late 1967. The car was probably 20 years before its time, both in terms of design as well as technology. The car was fitted with Felix Wankel's unique Wankel engine or rotary engine. It had no pistons pumping up and down. It was a rotary engine which worked completely WITHOUT pistons, which were replaced by two "triangles" which simply rotated. The Wankel engine made the Ro 80 a revolutionary innovation in 1967, and from the design point of view it was pleasing to the eye and it still is to this day. A fantastic car of which only about 36,000 were produced.

Austin Princess HLS, 4-door sedan, 1976, lot 131. When this model came on the market in 1975 it was feted as the best new car. At first it was equipped with a 4-cylinder engine, but later came with a 6-cylinder engine, both types of engines being mounted transversely in the engine compartment and the car obviously had front-wheel drive. Today there are not many of them left as they were eaten by rust. So an Austin Princess attracts a lot of attention at the various meets.

Goliath GP 900 E, 2-door sedan, 1954, lot 154. The Goliath made a big splash in 1954-55. It was a combination of the old and the new in almost perfect harmony, but the most remarkable thing about it was that they gave a standard two-stroke with carburettor a Bosch injection system, which immediately reduced the petrol consumption. The Goliath was first renamed the Goliath 1100 and later the Hansa 1100. It is a rare car in Denmark today.

Sunbeam Hunter 1725 4-door sedan vintage 1967, lot 163. Most people are probably not aware of the English Sunbeam, but here is a chance to buy this rare car, few of which remain in Denmark. The Sunbeam name disappeared in 1976 - except for a few export markets - but it was revived two years later as a model name for Chrysler's combination model, which in 1979 was named the Talbot Sunbeam.

Everyone is allowed to feel a little bit royal. This 1981 Daimler Sovereign, 4.2 L, has only been driven by the Danish royal family. The attached photo shows a copy of the registration certificate and it has not been registered since. Frame no. DCALP4CC322969. It is lot 138 in the catalogue. The car's accompanying Danish papers show that it belonged to the Court of her Royal Highness Queen Margrethe.

As can be seen from the above, a visit to Camp Auctions A/S in Randers could be very rewarding if you want to be the next owner of one or more of these rare cars. Maybe the hammer won't fall in your favour for your dream car, but you are guaranteed to have a good and memorable collector car experience.

Link to the film about Ringsted car collection
https://www.youtube.com/watch?v=uQ3IT6vaAVo

Link to all photos, texts
https://www.dropbox.com/l/sh/dwZLYHXVzFFxTQlqZHyCPp 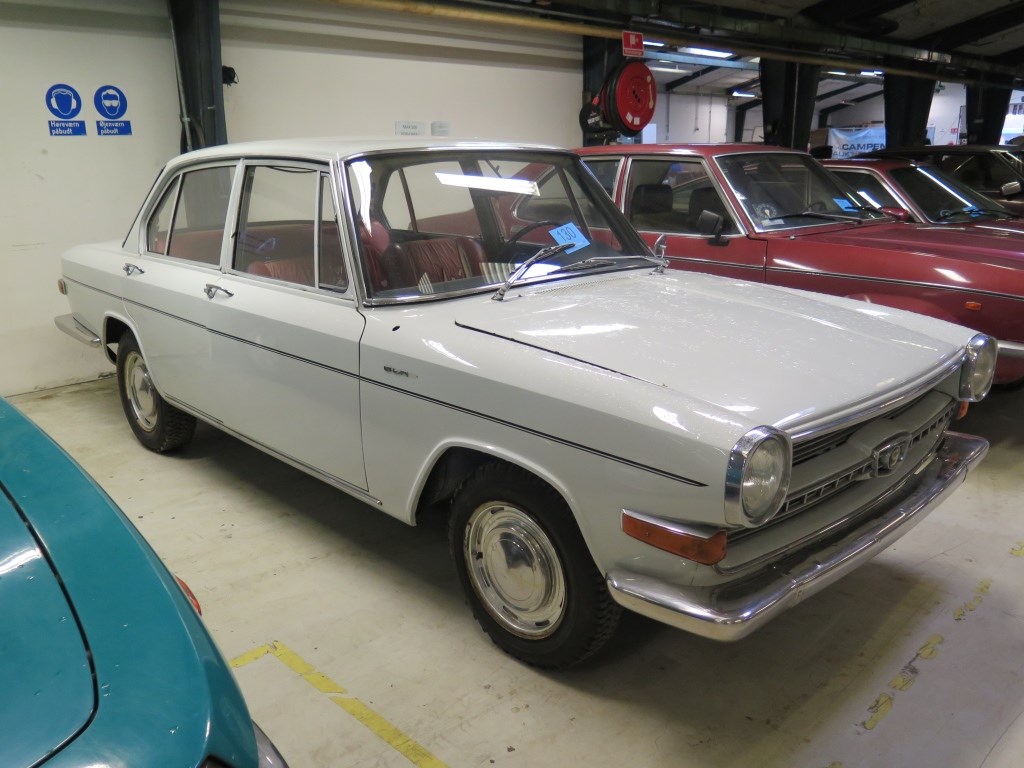 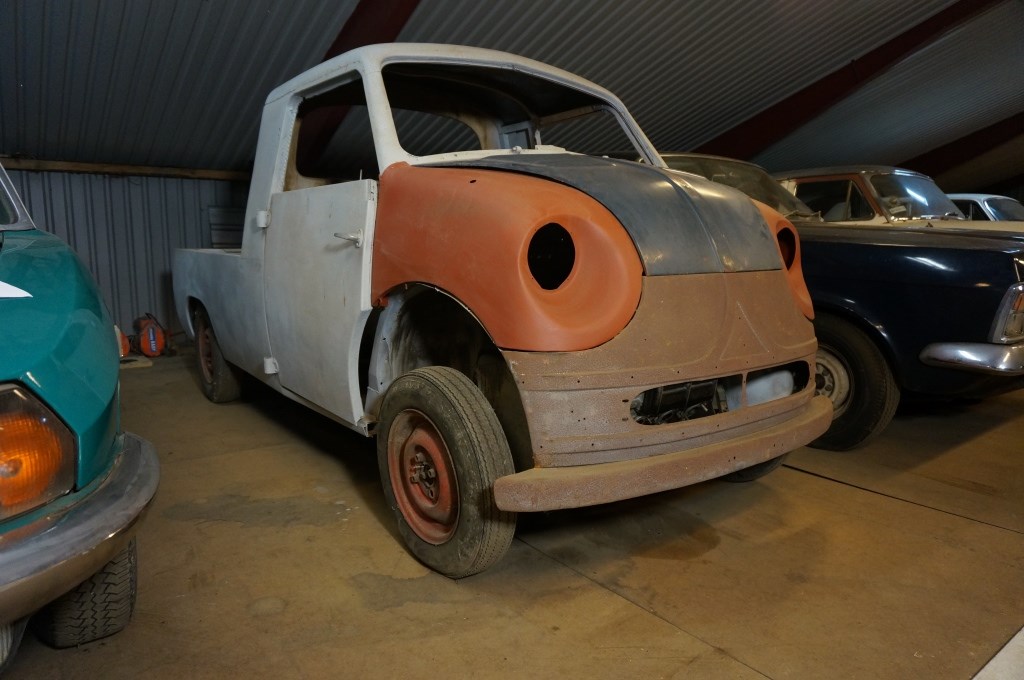 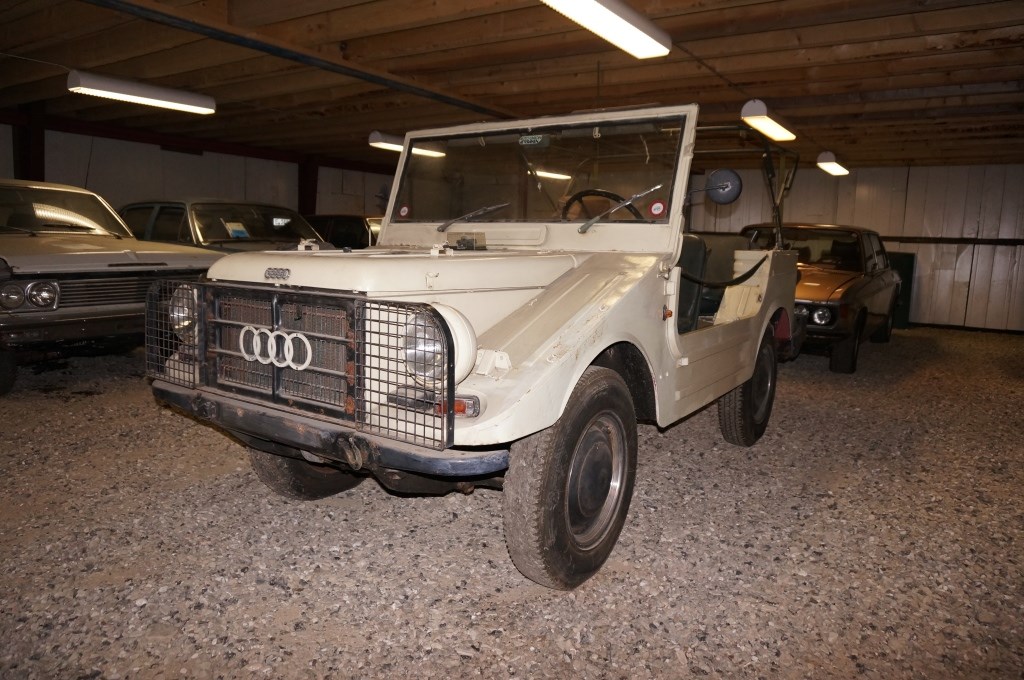 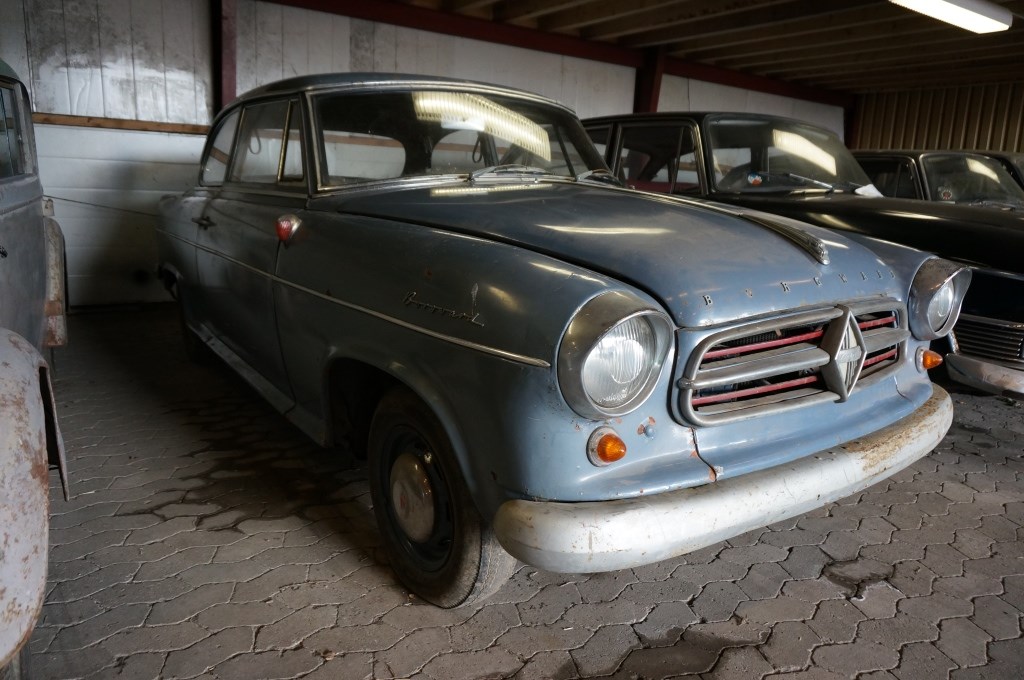 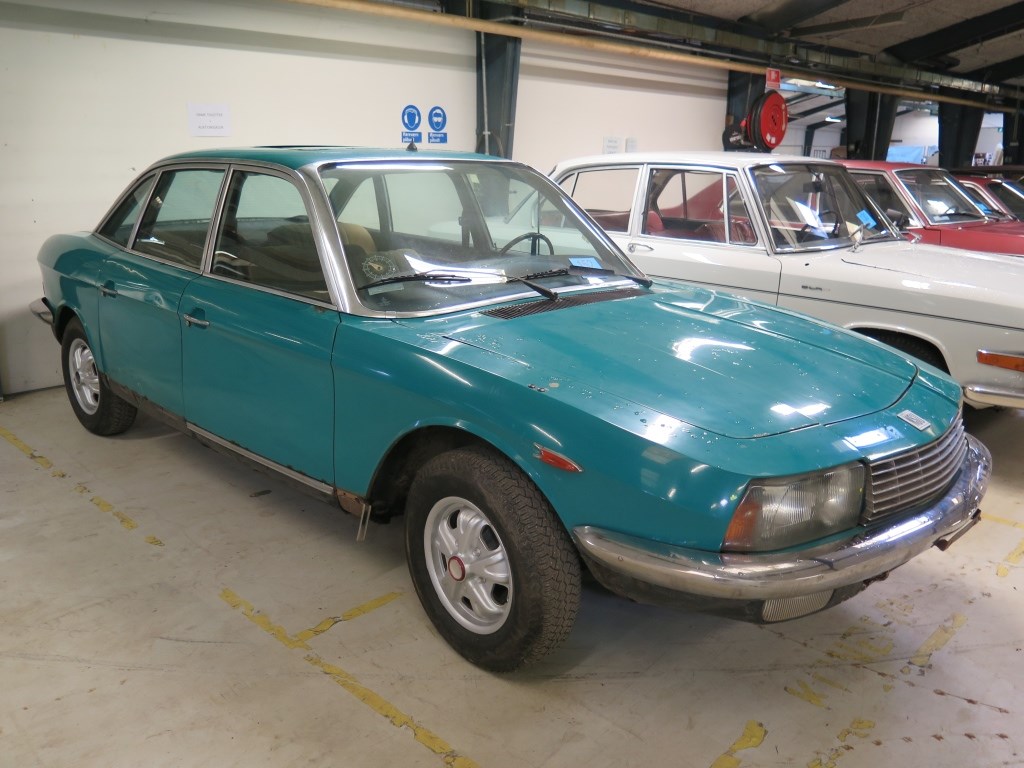 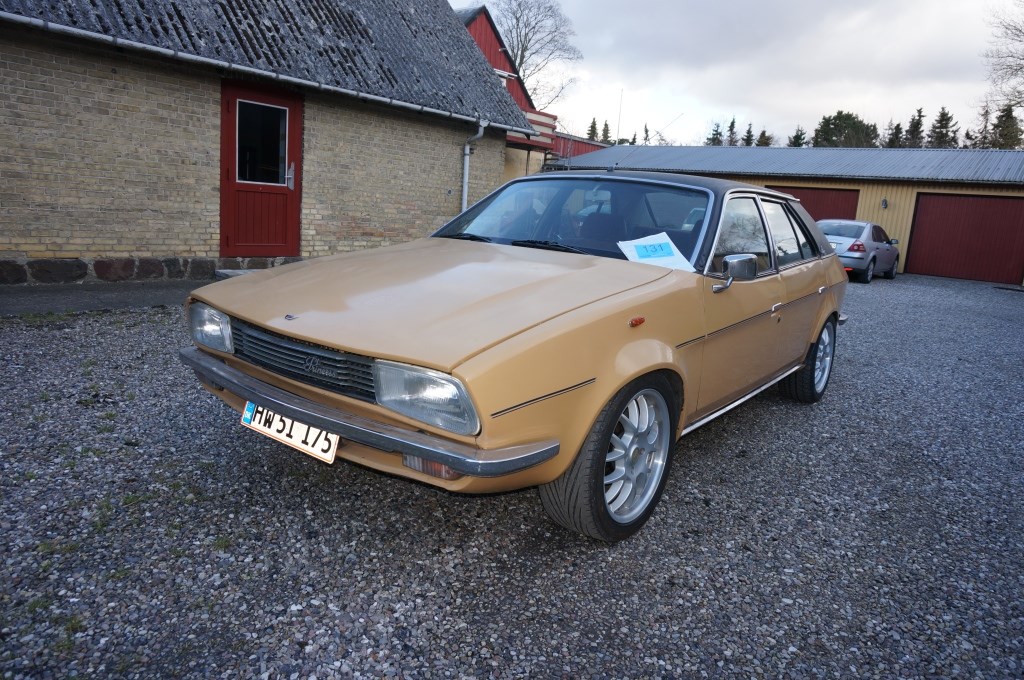 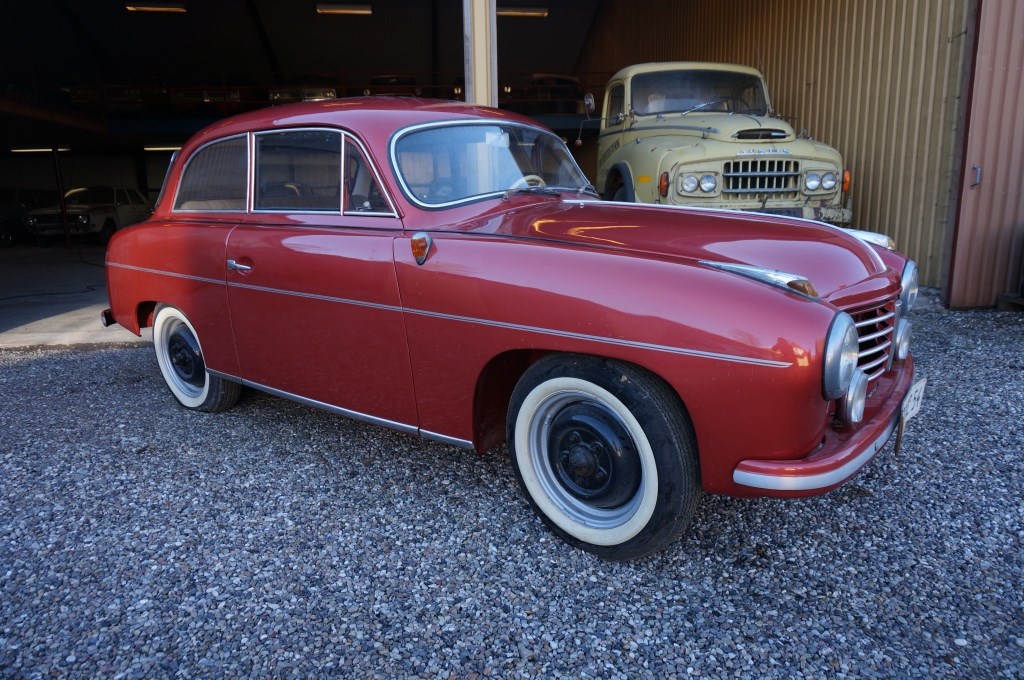 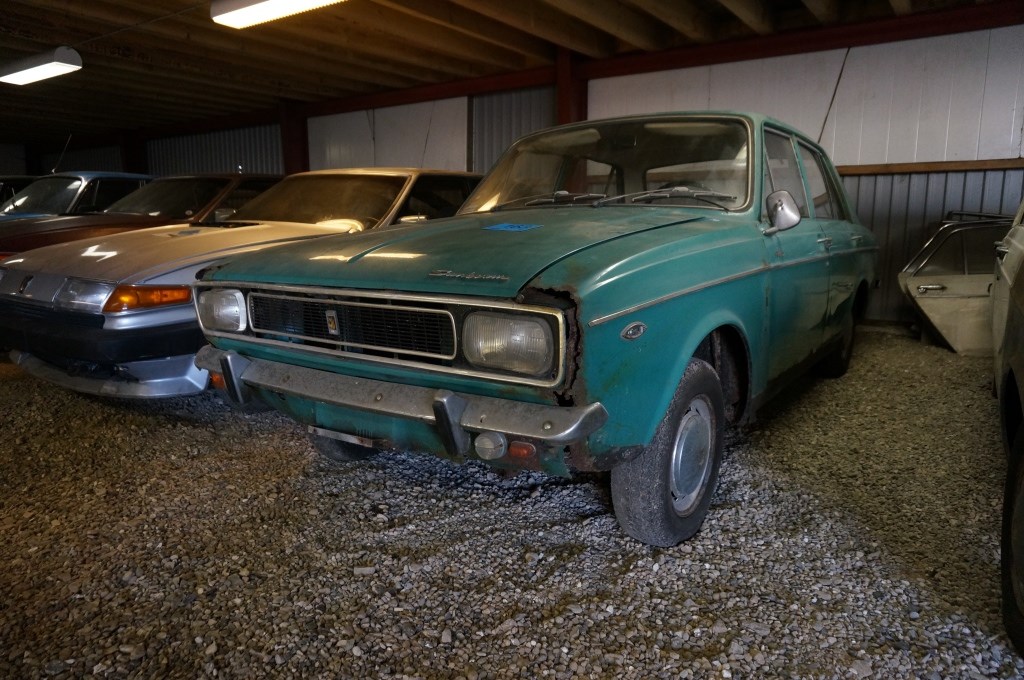 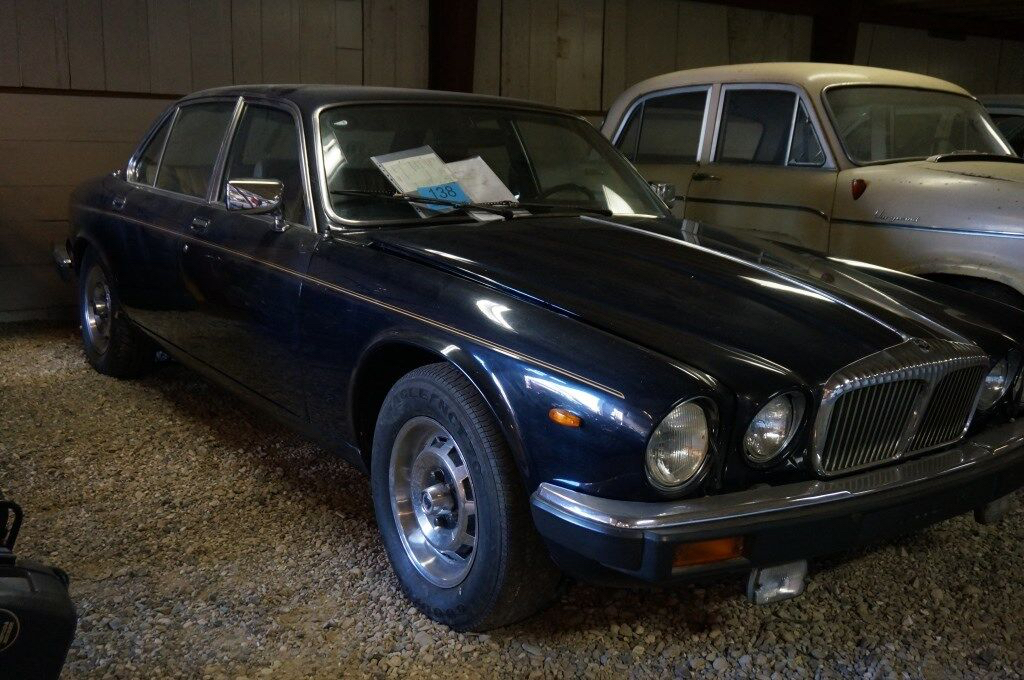 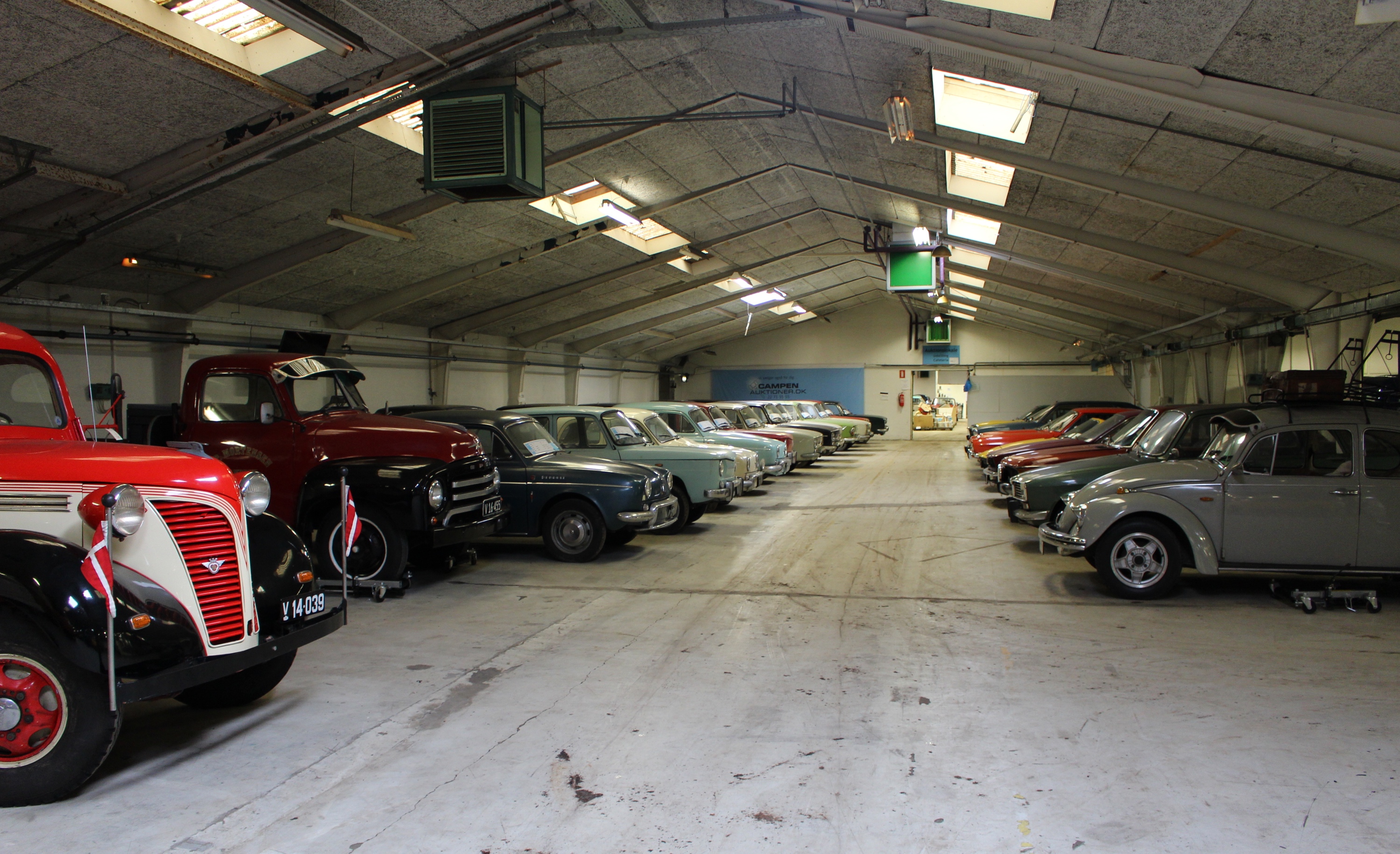 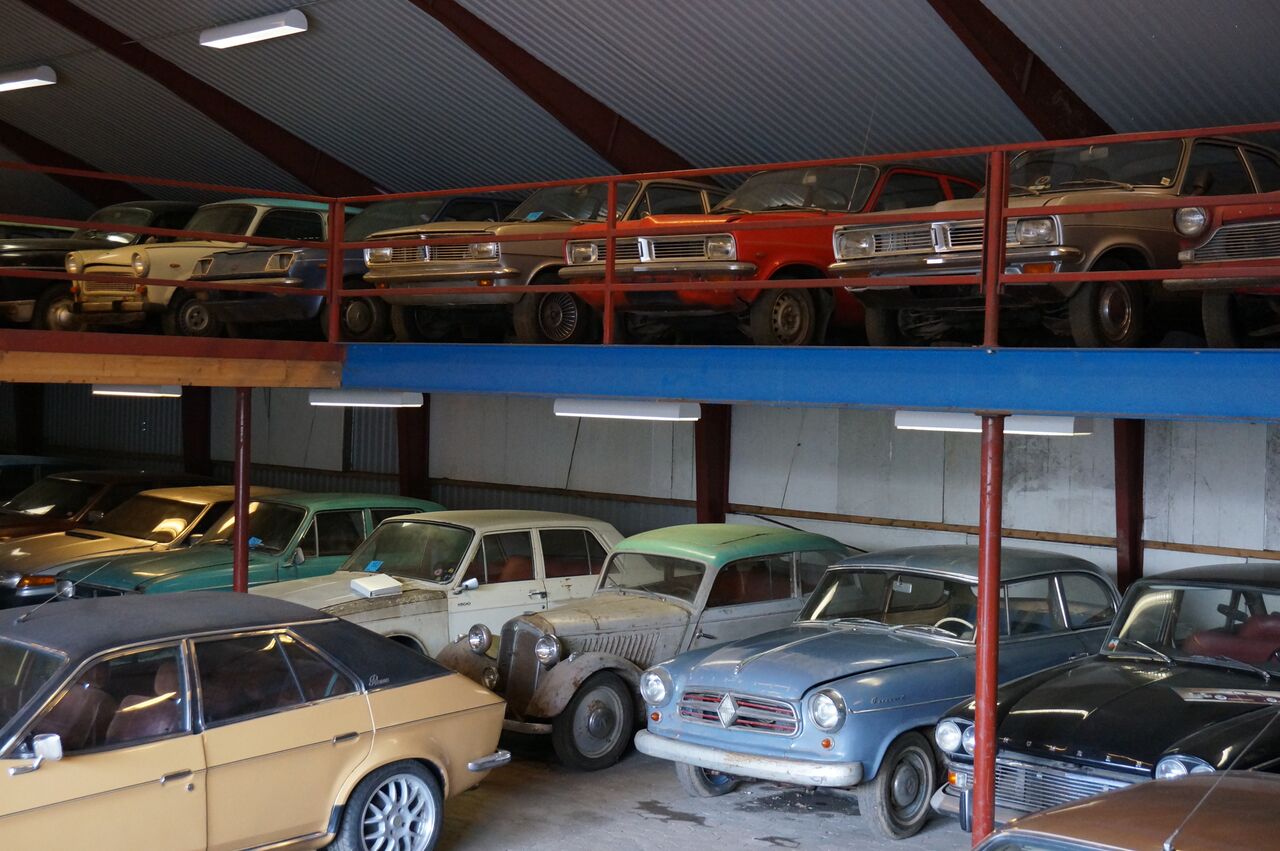 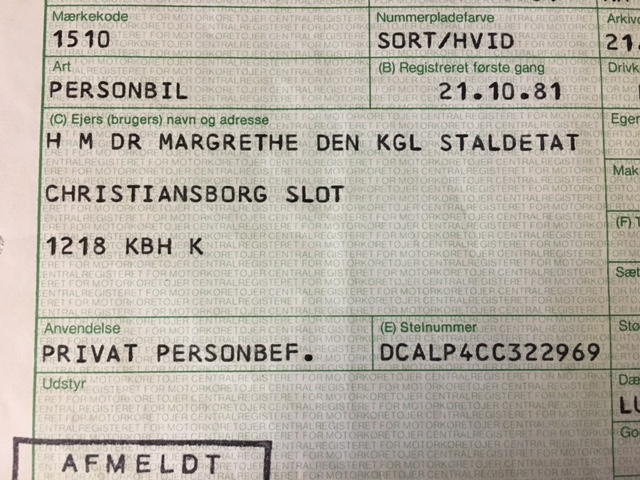